Cardiff Giant – is currently on display as America’s Greatest Hoax, this fake fossil is 10-feet tall with 21-inch feet from about 1869. P. T. Barnum was so impressed by its popularity, he had a copy made. It was a fake of a fake, but people still paid to see them, knowing, but not believing, they were fakes. Apparently, people could not be persuaded that this was not a real giant like the one in the Bible called Goliath. Given proof to the contrary, they still believed it to be a real fossil and paid to see it. Even with irrefutable proof, people will continue to believe what they want.

Coincidences – The word used to name the reason for actual events that people who believe in one or more gods do not believe in. This is the opposite of everything happens for a reason. The best-known homages to a coincidence are shit happens, and it is what it is. Maybe these could be shit caused by god. See the law of truly large numbers to take a deep dive into this term. 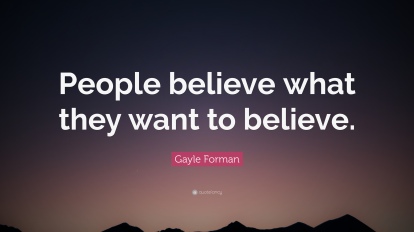 23 thoughts on “A to Z Challenge: Giants, Cults, and Coincidences (C)”